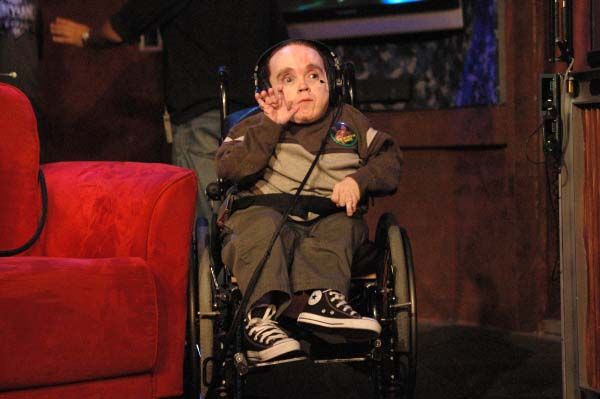 Eric the Midget called in with a list of 10 “Demandments,” each of which must be fulfilled before he returns to the show, and started with the first: “The nickname goes the f’ away.” The list, in full: 1. The nickname “Eric the Midget” is banned forever. 2. No more rhetoric about Eric being an ingrate or ungrateful. 3. No more verbal abuse and/or bullying from the show’s staff or callers. 4. Eric is never considered for Wack Pack membership. 5. Howard must use his connections to score Eric more acting gigs, game show appearances and Bunny Ranch visits. 6. No more of Fred’s sound effects during Eric’s calls. 7. Eric’s calls will be scheduled appointments–he’ll never be put on hold. 8. Eric is hired on as the Howard100 News’ West Coast correspondent. 9. Howard must fly Eric to Las Vegas, Disneyworld and The Bunny Ranch whenever he wants. 10. [Something about Howard coaching a softball team? Howard dismissed it outright.] Howard rejected each of Eric’s demands, promising much less: “I’ll order him a sandwich and I’ll lock him in a pet cage….there isn’t one demand in here that makes any sense.” Eric protested, but Howard refused to negotiate: “I don’t think you’re in any position to make any demands.”