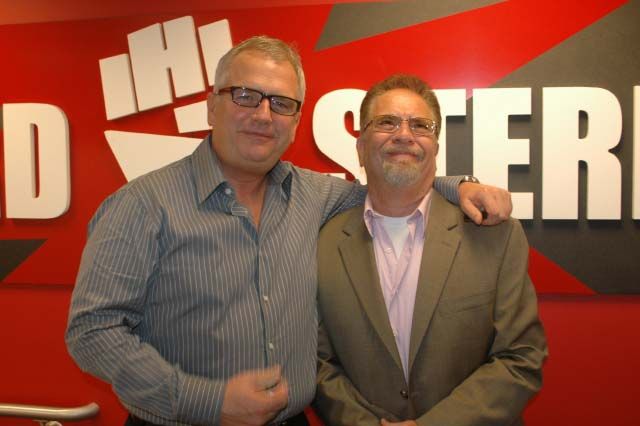 Howard also zeroed in on Tim Sabean, wondering if he’d caught “Rickyman Disease,” and asked why he’d felt the need to shout “You’re next, Ronnie!” in the middle of Richard’s wedding ceremony: “Tim used to be a low-key executive. He’s becoming a whole personality.”

Tim came in to explain: “I’m a very low-key guy. But I thought it was a very appropriate question…people were having fun, Howard.”

Howard nodded (“Privately, sure. [But] you were doing it to blurt–when did you become blurt-out guy?”) as reports began filtering in about Tim’s recent behavior: the airhorn he blasted in the HowardTV control room and a picture he took–during a meeting–of Ross Zapin’s bald spot.

Tim shrugged: “We were wrapping up. It was at the end of the meeting.”

Howard told Tim he need to lead by example: “All hell’s going to break loose. Seriously, man. You’ve got to be some sort of role model around here.”