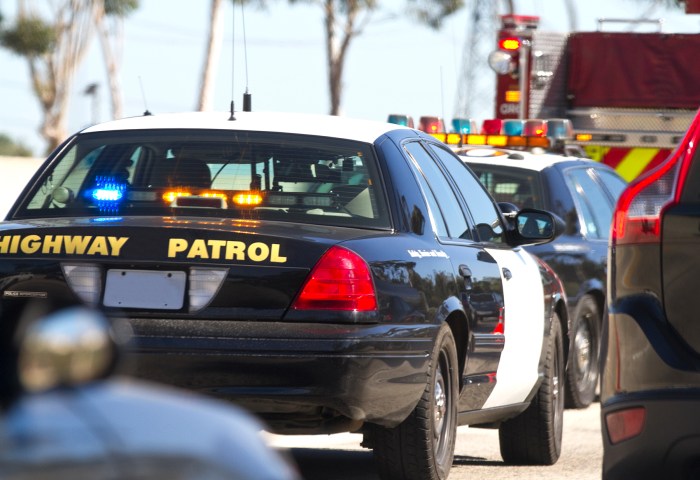 Early in the show, Robin reported that she’d nearly died yesterday when a fellow motorist flew out from a parking garage: “And he completely lost control of his car.”

The car spun on the slick street in front of Robin and slammed into the driver’s side of her vehicle: “Thank goodness I was in my SUV.”

Robin’s brush with death left her injured: “I jammed my thumb. My thumb is killing me.” Robin said the other motorist paused only briefly before running: “He drove off. He ran away…the wrong way down a dead end street. That’s how they got his license plate. Because he had to come back again.”

At the show’s end, the culprit had still yet to be found. Howard said he was glad Robin wasn’t badly hurt, giving most of the credit to her natural air bags.