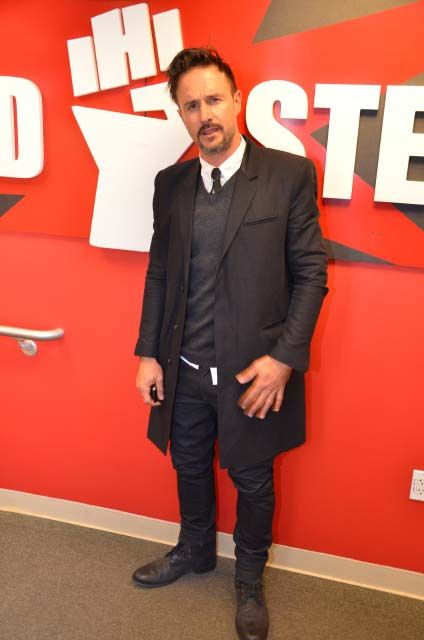 Late in the show, David Arquette called in to discuss his “Dancing with the Stars” gig: “I’m doing this to win it.”

Howard suggested David try to steal Chaz Bono’s trans-gender thunder: “You should have a tail somewhere on your body. And say you’re trans-species.”

David laughed off the idea, saying he was busy training with Kim, his “beautiful” dance partner: “I’m learning. It’s really difficult…but I’m taking it seriously. I’m training my butt off.”

Asked if Courtney Cox would come out to support him, David said he thought so: “She’ll be there. Listen. We’re best friends.”

But things could get weird if she brings a date: “That would be awkward.” Howard then suggested a few more ways for David to steal Chaz’s press, like dancing in costume as Hitler or Osama bin Laden, but David begged off: “Now I really got to be going.”