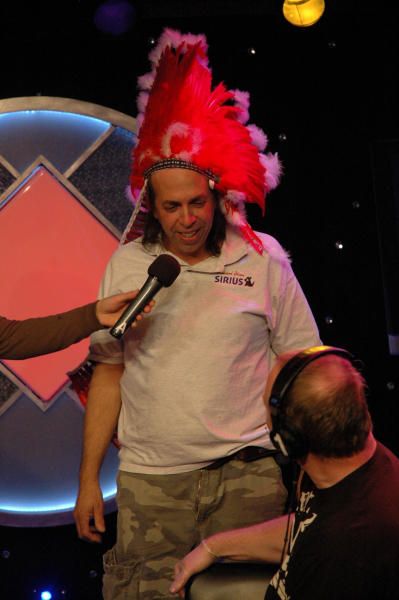 After Howard hung up on Bobo, Gary came in say they should call him back–since Howard hasn’t been taking his calls lately, Bobo has taken drastic measures to keep himself calm: “He’s been so freaked out that he’s been going down to a dock–down to the water–and calling from a phone at the water because he feels it’s a more peaceful place. He needs to be in a more peaceful place. So Will says that when he calls you can hear the birds and the boats going by.”

Bobo called in to confirm, saying he wakes up at 5:10am, showers and drives down to a dock just 4 minutes from his house. Parked, he turns on the AC and calls in, listening to the show while he waits on hold.

As he was walking Howard through his routine, Bobo complained that other listeners had pinpointed his location: “They’re all hitting their horns. Now they know where I am.”