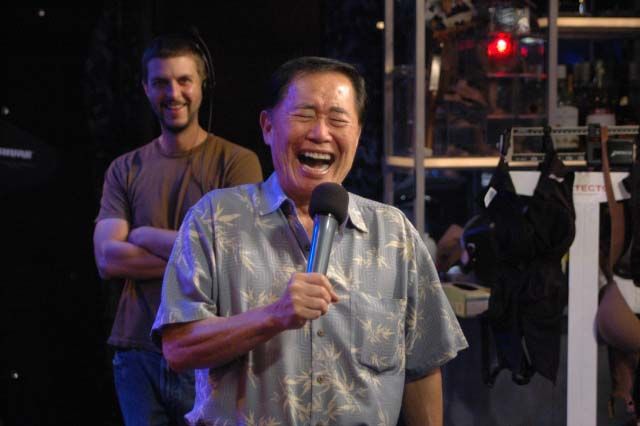 George joked that that the idea wasn’t to buy high and sell low, so Bill bristled: “Put a foot in that guy’s mouth, will ya?”

As George laughed, Bill insisted he had no hard feelings: “Actually I don’t. And that’s the real Bill.” George said he knew Bill meant well: “He only thinks I’m psychotic.”

To confirm that he was indeed speaking with the real Bill Shatner, George asked about the last time they’d run into each other: “I had like 3 or 4 people around me…”

George shot back that Bill might be the psychotic here–but Bill said he’d missed the point: “I’m not saying I’m not psychotic. I’m saying you’re psychotic.”