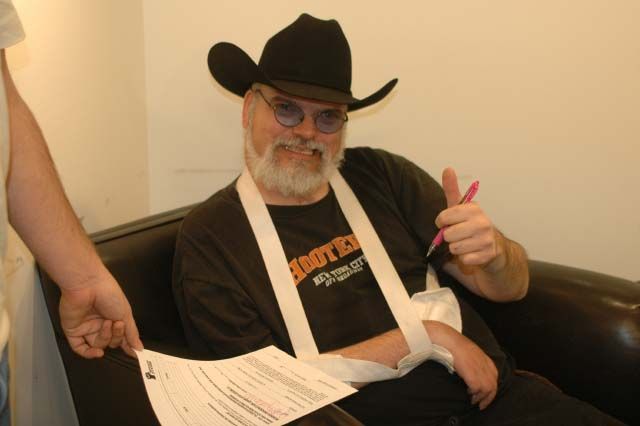 Howard played a clip from yesterday’s Wrap-Up Show in which Jeff the Drunk claimed he wasn’t angry with Howard over a personalized magazine inscription: “It had nothing to do with the f’ing magazine, ok?”

Jeff said he was more upset about–what he feels–the rude treatment: “I’d been on hold for f’ing ever…the last minute of the show?! F’ that!”

Later Jeff called in, as Howard had predicted, to apologize–with a caveat: “First off, I want to apologize. Now I want your apology to me.”

Howard thought Jeff had overstepped his bounds yet again, saying there were no special privileges for Wack Packers: “I have many callers. You’re not the only caller. What planet are you living on?”