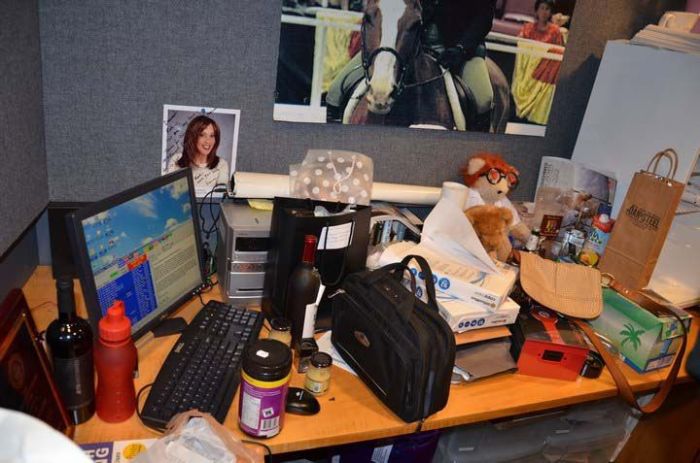 Under fire again for her messy office, Robin finally admitted (partial) fault: “My fault in this whole thing is that I don’t ask for help. You know, things are accumulating in the office. I don’t want them. I don’t know where they’re coming from. And I never ask anybody to do anything.”

Robin said she used to take things home for Captain Dennis to sort, but the interns stopped bringing them down to her driver: “I don’t know what happened to that system…they were supposed to be giving it to Gene.” Robin went on to say the room adjacent to her studio wasn’t really an office: “I don’t consider this an office. This is just where I work…I would prefer that [my mail] be sent home.”

Gary proposed that Robin check in with Tracey once a month and sort through the big stuff–an arrangement Robin thought was appropriate–and noted that Robin had done at least a little personal cleaning after yesterday’s show: “I think Robin was a little ashamed. You took the blender didn’t you?”

Robin admitted she had: “That needed to go anyway.”