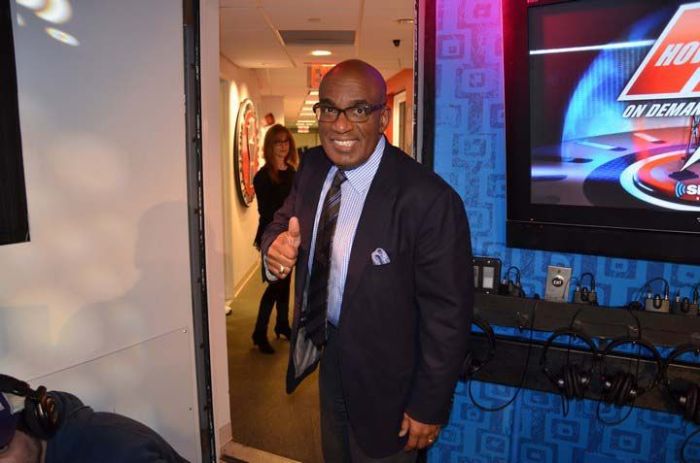 Al Roker stopped by to promote his production company’s latest show, ‘Bordertown: Laredo,’ and Howard was surprised to see that he’s been able to retain his slim physique: “You look good! You kept the weight off. I never thought in my life that I’d see you do it. My money was against you. I lost I think $10,000 on a bet.” Al admitted he wasn’t at his all-time skinniest (“I don’t know. I’m buying bigger suits.”) but still resented those who worried he couldn’t be thin and funny: “Fat’s not all that funny. It’s sweaty.”

Al Was A Blockbuster

Howard noted that Al had been on the other side of “blockbusting” during their New York childhoods. Al confirmed (“It happened over a few years.”) that he’d seen the most rapid degentrification after moving to Canarsie: “In the projects, which, at the time, was primarily Jewish.”

King of All Blacks later called in with a second race question: “You come off as a person who would have a white wife.”

Al laughed: “No! They smell of mayo.”

But then clarified, his first wife was white. Before he left, Al held court on a variety of topics, including pot: “I do think there is a stepping stone. I think it’s a gateway drug. I do.”

The Tea Party: “I don’t look at it as a monolith. I don’t think all Tea Partiers are bad people.”

Meeting Obama: “He said, ‘How’s the weather?’ Or something like that.”

And finally, if he’d save–if he could only save one–Ann Curry or Meredith Vieira from a sinking boat: “I’d still have to go with Ann Curry. Meredith left us.”