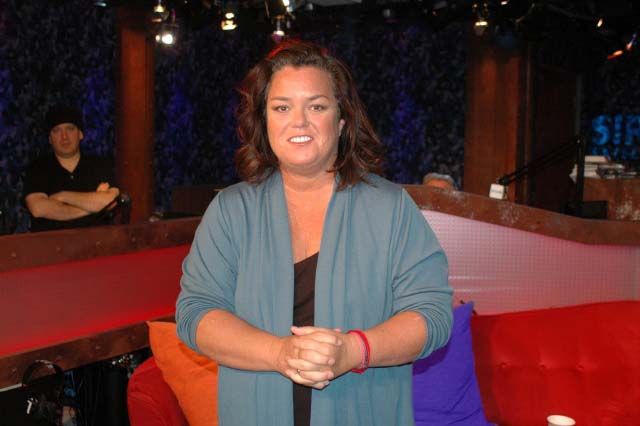 Rosie O’Donnell called in to promote her new talk show on OWN, and Howard took the opportunity to congratulate her on its well-reviewed premiere. Howard also predicted that Rosie would fire all of Oprah’s production staff within a year which made Rosie laugh.

“It’s only about three people from her senior staff,” Rosie told Howard. The rest of them are all young, new kids who had all worked with her before.

Howard said a daily show was a big commitment but Rosie welcomes the challenge. “I pray to God it’s not going to kill me … [but] 10 years doing nothing? You try it. I was going crazy,” she said.

Rosie also discussed her recent split from her ex Tracy after the two attempted to merge their families. “Honestly, you know, it was a lot of kids … it didn’t allow a lot of time for she and I to be alone,” Rosie explained.

Rosie told Howard she now has a new girlfriend – a Julianne Moore-lookalike that she claimed is way out of her league. “Your dream girl. I’m telling you … I was intimidated by the beauty. I was a little thrown,” Rosie told Howard.

The new girlfriend is even helping Rosie embrace her feminine side. “I now have matching bras and underwear. With lace,” Rosie described.