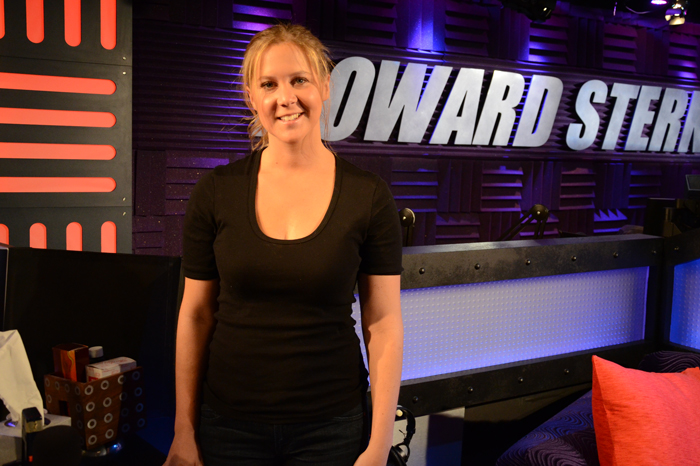 Amy Schumer stopped by to promote her new album “Cutting” and answer for all of her lethal Comedy Central Roast appearances. Amy said she heard Steve-O took particular offense to a joke she made but her attempts to apologize after the show were in vain since Steve-O had to run to the hospital after his final stunt: repeatedly smashing his nose into Mike Tyson’s fist.

Asked about a particularly cutting joke she made at the expense of fellow roaster Patrice O’Neal, Amy choked up. “I’m going to cry,” she said. Amy explained that Patrice had a stroke just two days ago but she doesn’t regret the line. “That was a sweet, sweet joke. That joke was gold,” Amy said.

Howard asked Amy if, like Sarah Silverman, her biggest fear was stumbling over a word onstage and ruining a joke, but Amy shook her head, deadpanning: “My biggest fear is rape.”

Amy also added that she was newly single. “He wasn’t able to give as much as I needed, I guess. A text message once in a while,” she told Howard. Not that she’s interested in settling down. “I already have a ring. The NuvaRing,” she joked.