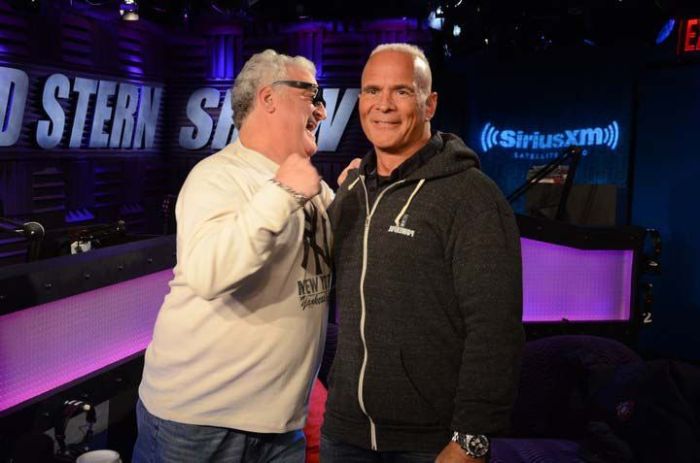 Lou Bellera and Joey Buttafuoco stopped by to promote their upcoming Celebrity Boxing match, but Howard insisted that the (infamously volatile) pair be separated in the studio: “Because I don’t need them beating the shit out of each other right here.” Security ushered Lou into Robin’s booth and guarded the exit: “Is the glass thick enough, Howard? It better be reinforced.” Joey then sat on the couch, confessing that he was drugged to the gills: “I’m on everything man. I hurt my leg, so I’m taking everything I can just so I can walk.” Asked about the animosity between them, Lou said there was actually very little: “It was a horrible thing and people paid the price. I always said my wife should be forgiven and I feel the same way for him too.”