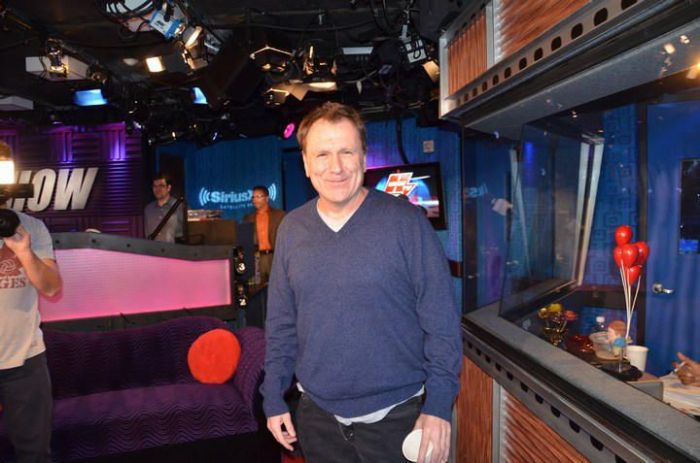 Colin Quinn stopped by to talk about his controversial Twitter feed, explaining that he’d recently baited his followers with a mock elegy for deceased Libyan dictator Muammar Gaddafi: “They were writing me death threats…and then, of course, you have two sides. People who are people idiotically threatening to kill me because I’m pro-Qaddafi, and the other idiots who are like, ‘You’re right, man. We’re the real terrorists.'”

Colin laughed that he loved to use Twitter “strictly to provoke angry responses.” Colin said he’d also recently claimed responsibility for 5 years of ‘Saturday Night Live’: “I said I was the shot-caller…[and] there’s absolutely–well, I hate to say there’s no truth and ruin my whole thing but, well, I mean,. But then I get in trouble about the whole Will thing. I was talking about Will [Ferrell].”

Colin explained that he’d gone on to take credit for Will Ferrell’s ‘Anchorman’–and accused Will of rampant drug use. He got a panicked call from Will’s manager just hours later, who told Colin, “I just got back to my office and there were 50 messages from news organizations asking if Will was messed up on drugs.”