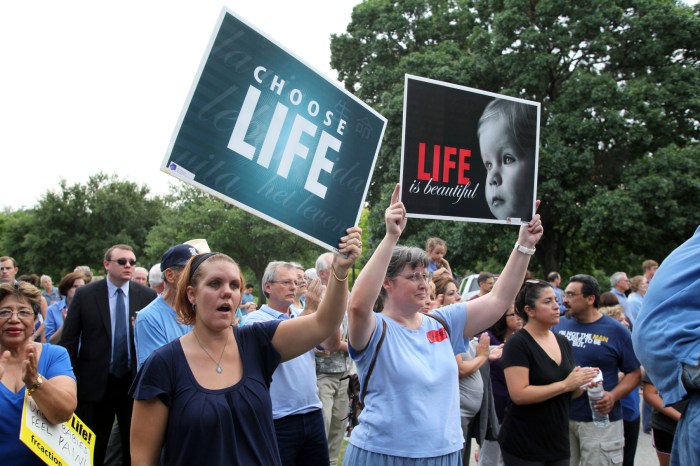 Todd Stave called in to discuss the harassment he’s suffered at the hands of Pro-Life activists. After renting a building he owned to a Women’s Health Center, activists showed up at his 11-year-old daughter’s Back to School night with a banner that displayed Todd’s picture, phone number, and the words “Please Stop the Child Killing.”

Todd said he also endured a nationwide call campaign that kept his phone ringing almost 24 hours a day: “Most of them weren’t local. I was getting calls from all over the country.” Todd said the harassment got so bad that he started taking down the phone numbers and got 20 of his friends to politely start calling his harassers. Those friends then got 20 friends to help and they got more friends to help and within a few days he had a network of 5,000 people calling his harassers: “If you don’t stand up for yourself, they’re just going to keep doing this.”

He’s since named his group, The Voice of Choice, to fight the Pro-Life psychos: “They’ve got a unified army of their own…[and] until I started organizing people, there was no unified group to say, ‘If you do this, expect a response.'” Robin was inspired to join Todd’s side: “I’m going to be a volunteer.” Howard went even further: “Todd, I love you. If I was gay, I would blow you.”

If Howard Was Joe Paterno …