Personality also reflects on recent “Dancing With the Stars Experience” 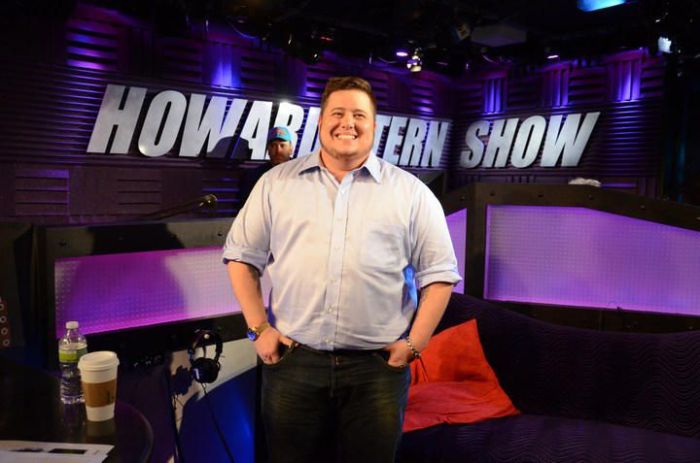 Chaz Bono stopped by to promote his OWN reality show, “Becoming Chaz,” and look back on his “Dancing with the Stars” experience: “Me being on this dance contest turned into something much bigger…I was overwhelmed by the response.”

But it wasn’t all positive: “I got some death threats.”

Howard seconded Chaz’s surprise, noting that the response had soured him on Dr. Keith Ablow, who publicly denounced Chaz as a negative influence: “I became your biggest defender. Because this is offensive to me.”

Asked about growing up with famous parents, Chaz shrugged: “I don’t have any memory of them together.”

His 9-year-long struggle with gender identity spoiled his relationship with Sonny–they didn’t speak during the last year of his life: “We were [both] kind of emotional wimps. So instead of just talking about it and having it out or agreeing to disagree, we just didn’t talk. And then he passed away.”

He spent a majority of his youth with Cher: “I remember feeling weird when she came to school because she didn’t look like the other mothers.”

And the endless procession of Cher’s boyfriends, including the gentlemanly Gene Simmons (“He was great with my brother and I. Amazing.”) and a drug-addled Gregg Allman: “He picked me up from school once and got lost on the way home.”

Chaz went on to explain that Gregg picked him at 3:00 and they didn’t get home until 11:00, but they did stop off at the bar at The Chart House for a few hours after they finally found their way back to Malibu.

Does His Mom ‘Know’ Him?

Howard asked if Cher knew Chaz: “I mean, really knows who you are?” Chaz replied: “Not as well as other people.”

Elijah Blue Is Out There 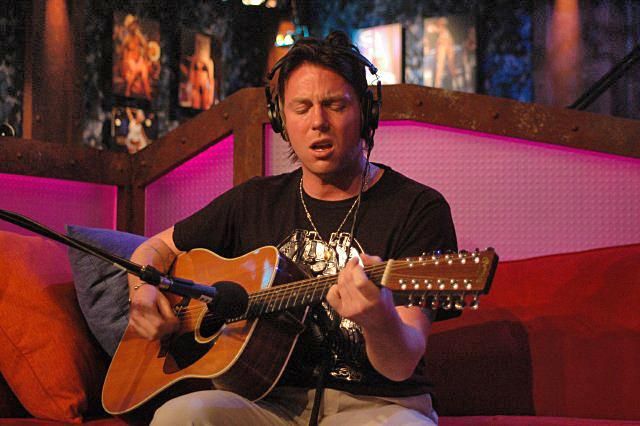 Howard mentioned Chaz’s half-brother, Elijah Blue, and his past appearances on the show, so Chaz laughed: “He’s a weird guy. We’re really different…he comes to me when he needs something. When he needs me to help talk my mom into something he wants. Or when he needs support.” Chaz admitted he was a little envious of Elijah’s sexual resume: “A little bit. Because girls, you know, it’s amazing to me. I’m like, ‘Do they actually talk to the guy?’ Because I guess not. But the girls just love him. He has a weird–he’s just out there.”

Howard wondered what happened to the band Chaz started a couple of years ago, so he explained that it all went south when grunge broke: “The time that I spent in the record industry actually was horrible. Because I was expected to, the most in my life, look and act like a girl. It was torture.”

It wasn’t the first time he’d felt out of place: “As far back as I have memory, I felt like something was wrong.”

How ‘Becoming’ Is Done

Chaz said he’d struggled so much in high school, he even slept with a guy: “Once. [When I was] 17. It was just kind of nothing.”

Now he’ll stop at nothing to have a penis of his own: “There’s two different surgeries. The one that I would do, they basically use what you already have…this is going to sound weird to you. I’m actually considering getting the operation.”

Chaz’s best option is in Serbia: “There’s a doctor in Belgrade who just does this procedure the best–of anywhere I’ve seen it. So. They take your clitoris and basically kind of use certain ligaments and stuff, make it a little bit bigger, release it, [and] wire it…so they [can] take a graft from your cheek…the inside.” The surgeon then lengthens the urethra and adds testicular implants–most patients experience near-total transformation: “You’ll be able to pee standing up.”