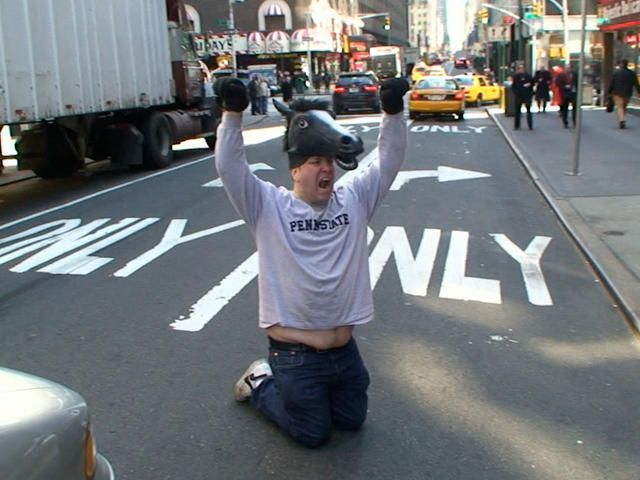 Howard listened to a few clips of Bob Costas’s interview with former Penn State assistant football coach Jerry Sandusky. In the first, Sandusky denied any wrongdoing: “I am innocent of those charges. Well, I could say that, you know, I have done some of those things. I have horsed around with kids. I have showered after work-outs. I have hugged them and I have touched their legs without intent of sexual contact. But, um–so if you look at it that way, there are things that, uh, wouldn’t, uh, be accurate.”

In another clip, Sandusky explained an incident in which a co-worker heard “slapping” sounds while Sandusky showered with a young boy: “We were showering and horsing around and he accidentally turned all the showers on and was actually sliding across the floor. And we were, as I recall, snapping a towel. You know, horseplay.”

After Costas asked if Sandusky had any regrets, Sandusky dodged guilt yet again: “I shouldn’t have showered with those kids. That’s what hits me the most.”