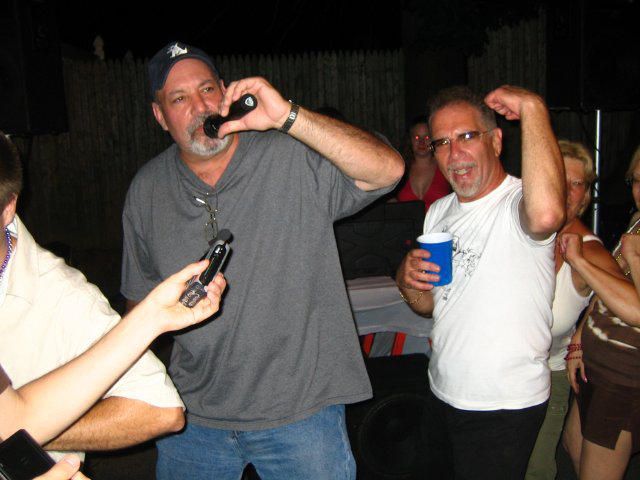 Late in the show, Howard played a clip of Ronnie shmoozing with “Modern Family” actor, Eric Stonestreet, on The Wrap-Up Show–but Robin was more interested in a passing detail from the clip than Ronnie’s Hollywood attitude: “That’s news that Ronnie writes poetry. You write poetry?”

Ronnie blustered at her surprise, saying it was just one of his stock moves, like sending flowers to a girl’s workplace: “Yeah. When I have to. When I want to.”

While he was in the studio, Shuli came in to say he always regretted agreeing to perform with Ronnie and Scott the Engineer at Ronnie’s Block Party shows: “Two minutes into the show, I’m doing shots.”

Howard didn’t envy Shuli’s position, telling Scott to–at the very least–borrow a few jokes from a book or risk coming off like, “a complete worthless blank. The guy does not flinch.”