Has Benjy Been Fixed? 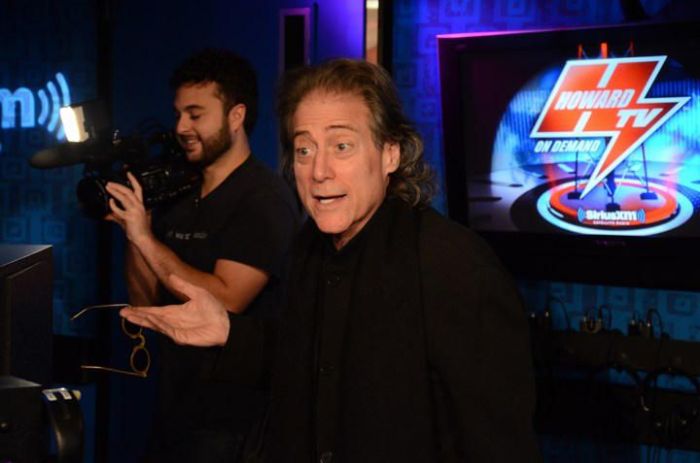 Howard welcomed actor/comedian Richard Lewis to the studio and asked why he was reading his stand-up material these days, so Richard explained: “I wanted to do a new show every night. Brand new.”

To this end, Richard prints out about 50-60 pages of material and memorizes it: “To see if it works…I’m doing this for me. Doing it for me creatively.”

Not that he needs his notes: “I could talk for hours. You know this. We used to. For hours.”

Asked if he’d hated his late mother, Richard balked: “Hate? She’s dead now. I don’t like to say that. Let me put it to you this way: I wouldn’t get her a ticket to a matinee.”

Richard said she constantly criticized him: “Everything I said was wrong. Every second.”

She’d even downplayed the first time he was booked on “The Tonight Show, at just 24-years-old: “This is what she said–one sentence: ‘Who else is on the show?'”

Richard said he had a piece in the January issue of Playboy: “I wrote an article about my dick.”

A dick that his wife still puts to use: “Whenever she’s in the mood and my disk [in his back] isn’t hurting.”

Richard laughed that his wife had way more energy than he did–and understood as much: “She says, ‘You know what? If you don’t want to go to Mexico, I’ll go with a couple of chicks.’ And I say, ‘Fine.’ And then it’s a jerk-off festival. JerkStock.”