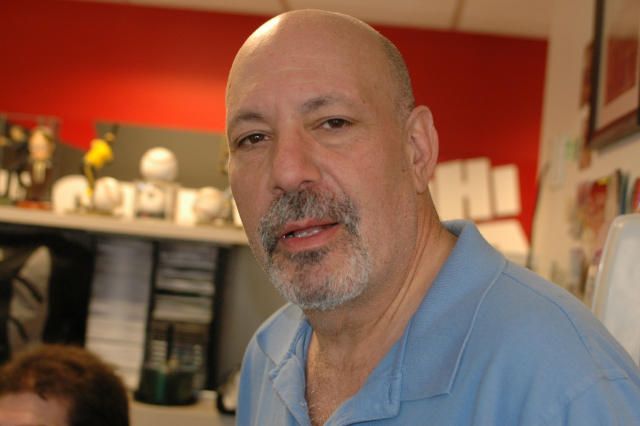 Early in the show, Howard noted that Scott Salem was upset with HowardTV for making him the focus of a Ronnie’s Block Party special: “Scott, the only reason you’re a bit interesting is because you’re so not interesting.”

Howard thought the HowardTV cameras couldn’t help but be drawn to Scott’s void: “You’re standing on stage doing nothing. Nothing. You do nothing on stage.”

Scott said his problem was with the special’s tone: “It doesn’t have to turn into 45 minutes of bashing Scott.”

Howard disagreed: “Shuli goes up and does a stand-up. And it’s fine. It’s funny. You go up and do nothing. That’s fascinating…there’s no one like you–in America–who actually goes up on stage and demands to be paid [for nothing].”

Scott shrugged: “Of course I’m not fun. I’m not the life of the party, obviously.”

To echo Scott’s account, Howard played a clip from the Wrap-Up Show in which Ronnie was asked if he’d had fun with Scott on their recent trip Florida–and then tripped over himself to dodge the question: “Uh, uh, he was–it was–I’m getting to sound like him–nah, it was–it was fun. I mean, he’s a little–he’s got–no, no, no, no! No, don’t–don’t put words in my mouth, dude. We had a great time.”

Howard laughed that Scott was crazy: “You do nothing and you’re shocked people want to talk about that…I was going to say you’re like J.Lo without any talent but J.Lo doesn’t have any talent.”

Has Benjy Been Fixed?