Chuck Zito Shares Some Stories With the Stern Show

Chuck Zito Shares Some Stories With the Stern Show 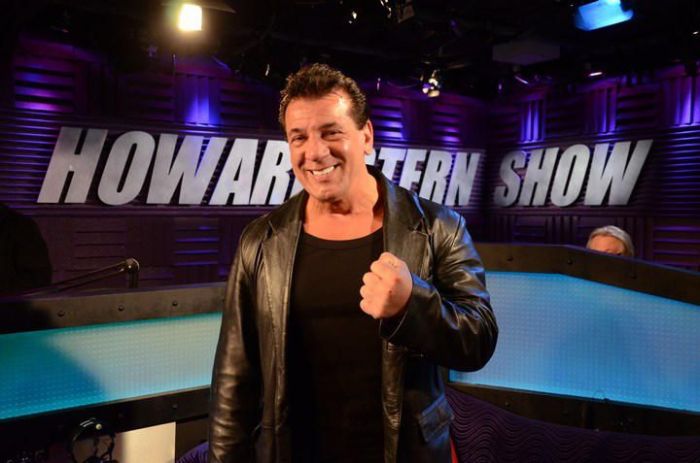 Chuck Zito stopped by to catch up with Howard and Robin immediately pointed out his bloody knuckles.

“I was minding my own business coming up here, [and] a guy hit right in my hand with his face,” Chuck joked. “Couldn’t believe it.”

In actuality, Chuck said it was the result of a little early-morning bag work. He also said he was recently out late at a new Brooklyn joint called Jaguars 3, which he stressed was not strip club. “It’s more of a bikini bar. It’s a restaurant, a bar, and a cabaret,” he said.

Chuck said he went home with a woman he met later on at Brooklyn restaurant, but said they didn’t go all the way. “She was small, like Pamela [Anderson] … [but] the first night you can’t just jump right into it. You got to wait until the next night,” he explained.

So, he had nothing to show for his night out but her phone number and a parking ticket.

Chuck told Howard about the time he’d been on a date at Nello’s in New York City and made a winking connection with a girl at another table. “So, I said, ‘Let me go downstairs, see if she follows,'” he recalled. “Next thing you know, like three minutes later, she came down.”

The pair quickly established that they were both on first dates and had no commitments. “I closed the door and just bent her over the sink and that was it. Bam, bam, bam,” Chuck said.