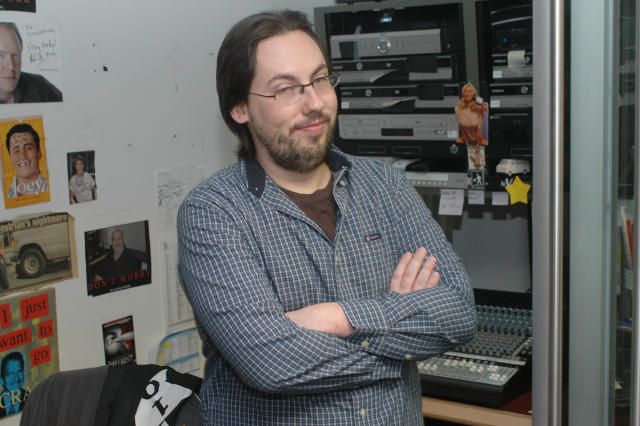 Early in the show, Howard said he usually works/naps in his office after the show undisturbed, the closest office to his belongs to JD: “And JD sort of sits there [quietly]. He knows what’s going on.”

But yesterday, Gary was filming an office tour for HowardTV–and JD neglected to warn the crew that he was still in his office “like a bro”.

When Howard complained, JD became incredulous: “He turns to me and goes, ‘Uh, I thought it would be funny.'”

Howard didn’t get the joke: “I got your back. Why can’t you get mine? … Are you mad at me? Do you blame me for the fact that you’re not a film director?”

Howard detected a hint of passive-aggression in the disturbance: “That’s an aggressive thing, man. You knew I was in there.”

JD rushed in, stuttering: “No! I’m not mad at anyone! It’s [sighs] I didn’t know. I–I thought–I didn’t know it was that big of a deal. It’s was almost–I thought it’d be the–the end of–I know, but I thought it was–you’re almost done with the–the–your sleep.”

JD said he was sorry: “I–I apologize…now I feel like the asshole that I was.”