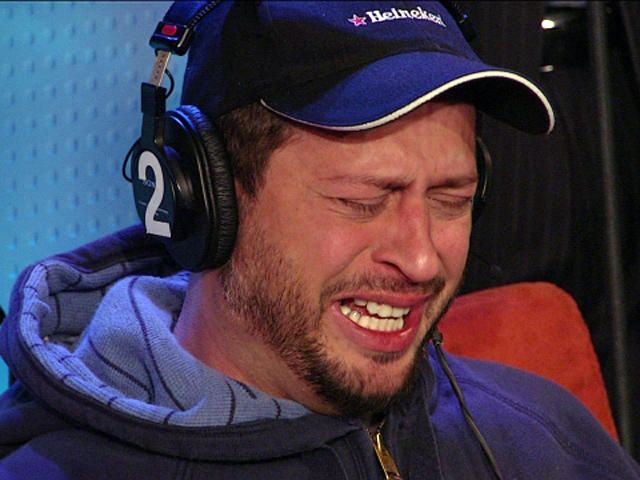 Howard asked Sal if he’d begun saving money after admitting–as he weeped about Howard’s retirement last year–that he’d saved almost nothing: “Sal, it’s a year later. You had a nervous breakdown on the air. Report to us how you’ve changed.”

Sal claimed he’d taken a few steps toward retirement: “I added an additional 10% to my 401K here at Sirius…and I opened up a Roth IRA as well. For a couple of us. But not much.”

The Red and Black

Howard was still surprised that Sal had taken so long to change: “That’s a guy who used to get on the phone with people and say, ‘You’ve got to plan for your future.'”