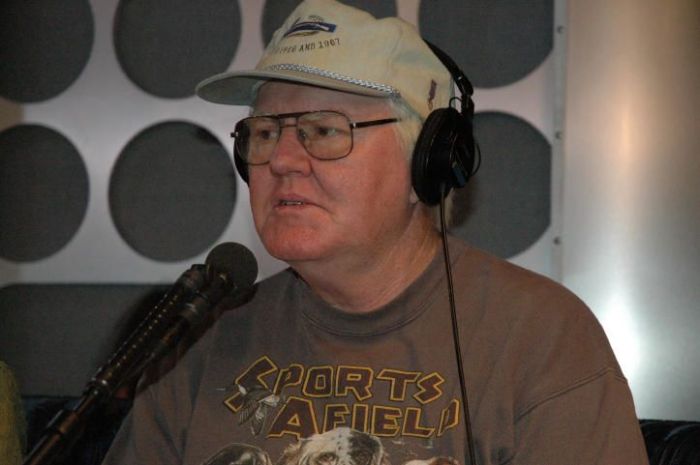 Richard thought Robin would survive longer in the wild than he might: “Robin has an advantage because she can make her own milk.”

Robin moaned (“Oh here we go.”), but Howard kept Richard on track, asking how many kills his father had in Vietnam. Richard said he’d never asked directly–he knows better: “He won’t talk about it…[but] he has a purple heart because he got shot and saved a guy.”

Richard said his dad was a real man: he also ruined his back moving railroad ties, coming home every night plastered in carcinogenic by-products: “Every day he’d come home covered in creosote.”