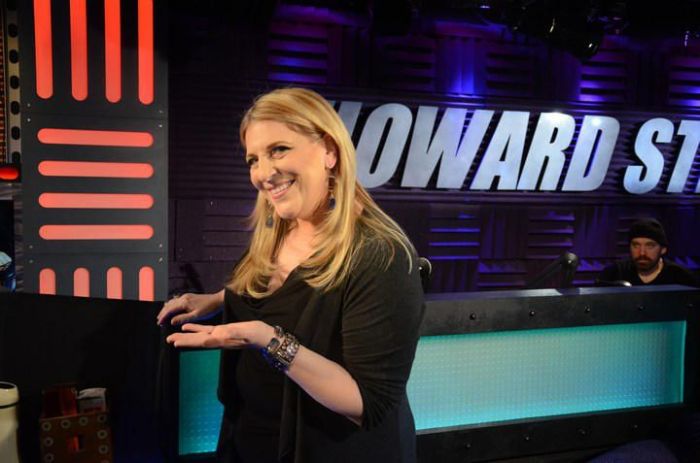 Lisa Lampanelli stopped by to promote her appearance on the upcoming season of “Celebrity Apprentice,” noting that the gig also landed her on Letterman for the first time. But since “Celebrity Apprentice” is an NBC property, she had to call Leno first and ask if it was ok: “They said sure, just as long as she goes on and talks about ‘The Apprentice’ here first. Because it’s NBC.” Lisa said she had to turn down over $250,000 worth of stand-up bookings to do the show: “I cancelled like two months of dates…because I want to be a big success for a long time. So I want people to go, ‘I know that bitch from ‘The Apprentice.'” The show’s pays in exposure what lacks in cash: “That’s what I call short money…I always look long term. That’s what always worked for me.”

Asked if she’d clashed with Trump, Lisa nodded: “I ended up liking him because he requested me, personally, to be on because of the roasts and stuff.” She was also surprised by Clay Aiken, a fellow contestant–and old punching bag: “I do a lot of Clay Aiken in my act … [but] he was very bright. He had ideas.”

Lisa said she’d fully invested herself in the competition: “I scream probably every episode, I cry every other episode, and I eat the whole time. You start to believe this is really your world and you get really into it.” Several cast members rubbed her the wrong way–even the nice ones, like Debbie Gibson: “I like Debbie, but that bitch cannot stop singing.” Other cast members that failed to impress included a not-so-deaf Lou Ferrigno: “I think he might have selective deafness.” The notorious Victoria Gotti: “I think we have an agreement not to talk about each other.” Asked if she’d ever do reality TV again, Lisa laughed: “Never. Except ‘Dancing with the Stars.’ I gotta lose the weight I gained on ‘The Apprentice.’ “