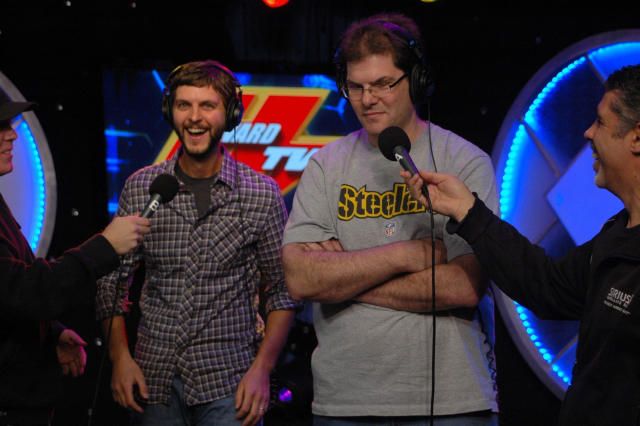 Prompted by Howard, Will came in to explain why he can’t get life insurance. After beating cancer as a kid, Will can only get approval for minimal life insurance: “I’ve been clean for fifteen years. And I’ve got a mortgage and a kid and the whole thing. [but] I somehow qualify for a smaller policy–I guess they didn’t do their homework a few years ago–so I have that. And then I get a small policy through work here.” Gary said Jon Hein had it even worse: after the birth of his first daughter, Jon went to get life insurance, and was rejected. The insurance company was actually the first to inform him that he was diabetic–rating him “worse than a dead smoker.” Jon came in to explain that, like Will, he had to get a premium policy (“I have to pay a substantial amount.”) after the insurance company went down a sobering list people more insurable than him: “This is someone who smokes all the time, this is someone who *did* smoke all the time, and this is you.”