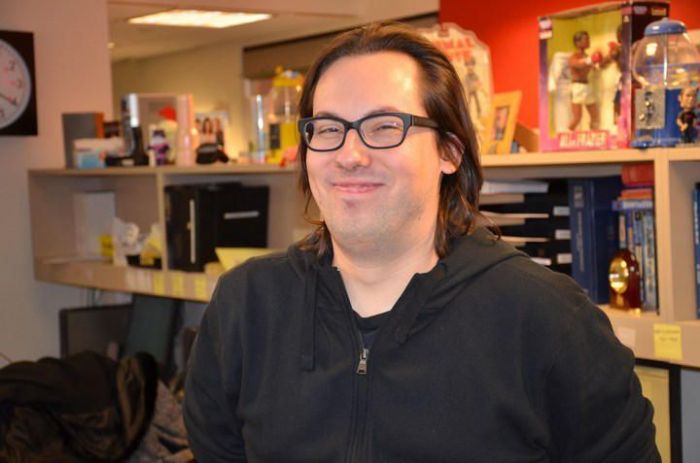 Howard continued around, asking each of the crew for personal updates, eventually settling on JD. A caller asked if his video chat avatar was still “Dabadass”, but JD claimed he’d dropped it, revealing that his real nickname was even worse: “My nickname in high school was Cheesy.” Howard couldn’t believe it: “Looking at you, the last thing I would goof on was that you said something cheesy. I mean, there’s a million nicknames they could have given you. Cheesy? You got off easy.” JD tried to back out of the studio, but Howard pressed him for more. JD eventually buckled, confessing that he still pays girls to video chat with him–and suck on dildos–for $7 a minute. He cleans up with ill-fitting novelty t-shirts he pulls from the show’s “glom box.”