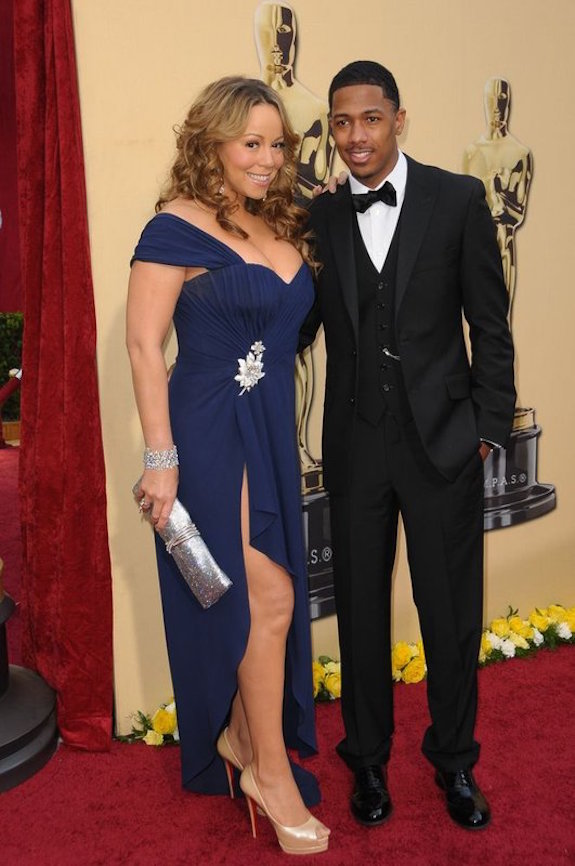 Howard then synced up with Nick Cannon as he was broadcasting on NowFM and warned the staff not to swear, as the interview was being simulcast. Nick said it was his first day back on the air after being hospitalized with a kidney problems: “They found my kidneys weren’t functioning well.” He’s still “got a couple procedures I got to go do, but overall, I’m good. I’m feeling 100 percent.”

Splitting the Bills With Mariah

While he had Nick on the line, Howard asked if he could clarify a few things: “I never called Mariah Carey a bitch [as was reported in some tabloids]. I don’t talk that way.” Nick understood, saying his problem was with Howard’s demand for personal details: “You said if I was going to be successful here [at NowFM], I would have to talk about certain things…I thought that was rude and disrespectful.” Howard begged off (“I’m ready to take my whupping. As long as you’re ill, I’m ready to take you on.”) but pressed for the details in question. Nick was uncomfortable, but opened up about the housing costs he shares with Mariah: “It depends. Like in New York, that’s her house. I stay in her apartment. But in LA, where I’m from–you know, I’m originally from the West Coast–we split the bills.”

Asked if he’d signed a pre-nup, Nick laughed that it only made sense–Mariah has way too much to lose: “You know how much that apartment cost?” Not that he didn’t bring anything to the table: “I had a little bit of paper. I wasn’t broke.” Still, Nick said he didn’t “believe in divorce”, an attitude that Howard could see changing: “You keep working like that, it’s going to happen.”

Howard referenced the pair’s short courtship, so Nick shrugged: “Celebrities, we a little crazy.” Howard said he understood just how crazy: “You got engaged to this Victoria’s Secret model after knowing her for 6 weeks as well.” Nick laughed (“It was a Victoria’s Secrets model!”) that Mariah was the one: “I got my soul mate. The dreamgirl I always wanted…I was in love with her ever since I was a kid.” She even sings during sex, but “Only when I’m doing it well.”