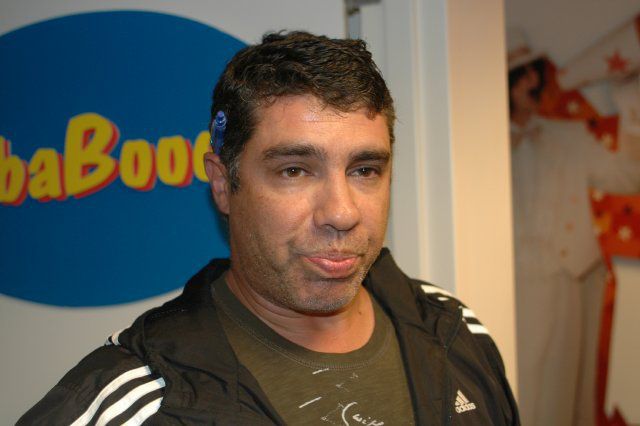 Howard asked Robin for an update on her recent promise to stop emasculating men. Robin confessed that she hadn’t been able to keep it: “If you say something about Gary, and I laugh, I think that’s emasculating. I just have to stop laughing.” Gary came in to agree: “It’s f***ing emasculating to the hundredth degree. … It’s hard for Robin to laugh at me, but it’s harder for you to make fun of me in front of Robin.” Gary later went even further: “Sometimes Robin’s laugh is worse than anything anybody says.” Robin promised to try harder, so Howard immediately tested her, ruthlessly mocking Gary’s nervous throat-clearing tic–and Robin broke: “She’s not going to be able to do it.” Gary pointed at the tears streaming down her face: “When Robin laughs so hard that she has to get up to get a tissue, like she just did, that’s the worst.”