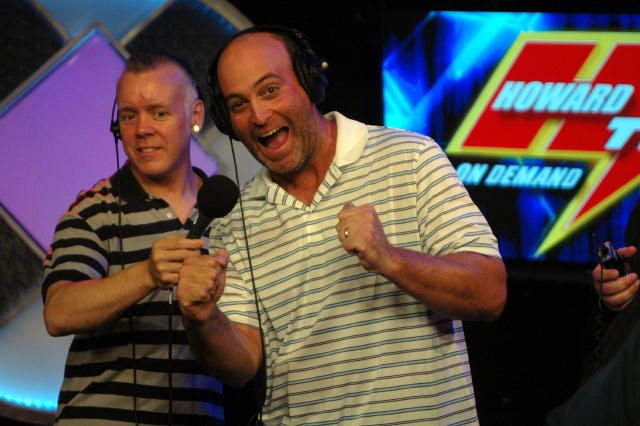 Jon Lieberman reported a growing anti-Depace rebellion in the HowardTV ranks, so Scott came in to speculate about its leader: “I know Brian [Phelan] has talked bad about me because he takes work issues as personal.” Brian came in to admit he’d said things in the past, but has since curbed any unkind words: “I don’t talk about him the way I used to talk about him.” For example, Brian said he’d had no part in sending Scott a package of elephant shit several years ago–though it was allegedly sent by someone at HowardTV: “He thinks I’m the only one who has problems with him. And I’m not. That’s what I’m saying.” Brian wouldn’t offer any further comment–and Ronnie said an investigation had turned up no leads–so Howard threw his hands up: “I’m surprised anybody over there had enough money for elephant shit.”