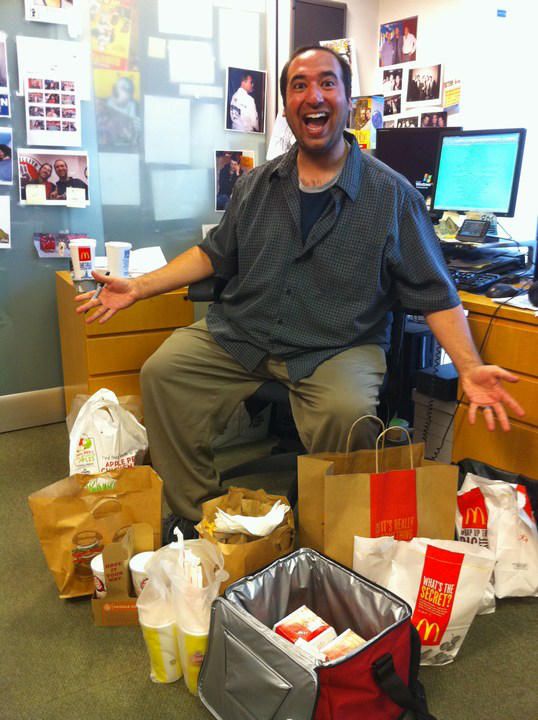 Jason came in to offer a classically passive-aggressive apology (“I sincerely apologize if that hurt your feelings.”) and noted that he’s since pong-partnered up with Teddy–and JD with Ben Barto. JD struggled to express just how he’s tired of being the office punching bag: “I have Will who insults me all the time and then…” Robin laughed at his struggle to communicate–even with himself: “It’s like watching a tennis match with one player.” JD thought Robin might have a point (“I just don’t want to talk…I can’t make any point.”), adding that he couldn’t counter Jason’s Wrap Up Show attacks: “When Jason argues with someone, he’s smart and he’s quick and he won’t relent. He won’t quit until he wins.” Robin asked why Will’s potshots get a pass, so JD shrugged that he was just used to it: “Since I was an intern, that’s always been the relationship.”

Scott Salem is a Shrewd Negotiator