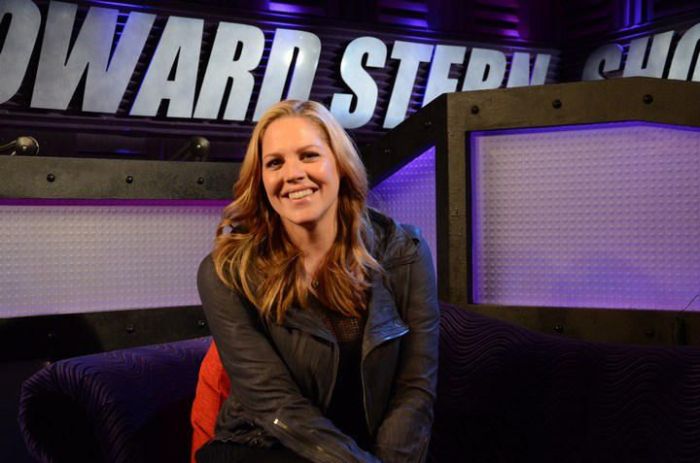 Mary McCormack stopped buy to promote the final season of “In Plain Sight,” noting that she’d recently had her third child–and rushed to drop the baby weight: “I was at two [hundred pounds]. I don’t mess around. It was, like, neck fat.” Due to a variety of factors, the kid was a test-tube baby: “She was mixed up in a dish. … I sort of had to involve a lot of science.”

“In Plain Sight” guest-star Eric the Actor then called in to catch up with Mary, asking, in (relatively) quick succession, some alarmingly boring questions: 1. So. How are you doing this morning? 2. How are things going on the set? 3. Is there going to be any wrap parties or anything like that?

Before hanging up, Eric said he’d turned 37 yesterday and celebrated in his usual fashion: “Actually just went to breakfast. And that was it for my birthday.” He’s now nearly doubled his expected lifespan: “I was not supposed to make it past my teens.” Mary joked: “Every day’s a gift, isn’t it, Eric?”