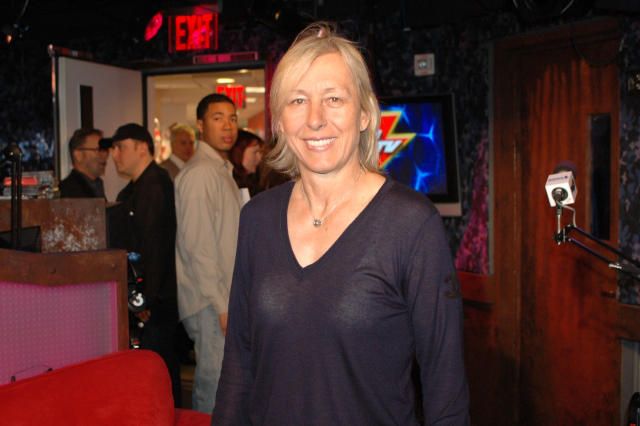 Martina Navratilova called in to promote the current season of “Dancing with the Stars.”

Howard immediately registered a complaint: Martina should be dancing with a woman–not a man: “I think they’re doing the wrong thing by Martina.”

Martina shrugged it off, claiming that it felt natural: “When I watch couples dance, I find myself watching the guy more than the woman. I don’t know why.” Martina said she also felt a genuine connection with her partner, dance pro Tony Dovolani. “I think he’s hot as heck. He’s married and I’m in a relationship but all things are possible,” she joked.

At the mention of Martina’s girlfriend, a former Miss Universe runner-up, Howard crowed that Martina was a true champion: “Martina can outplay you in tennis and the field of women.”