Pat Monahan and the guys chat and perform live on the Stern Show. 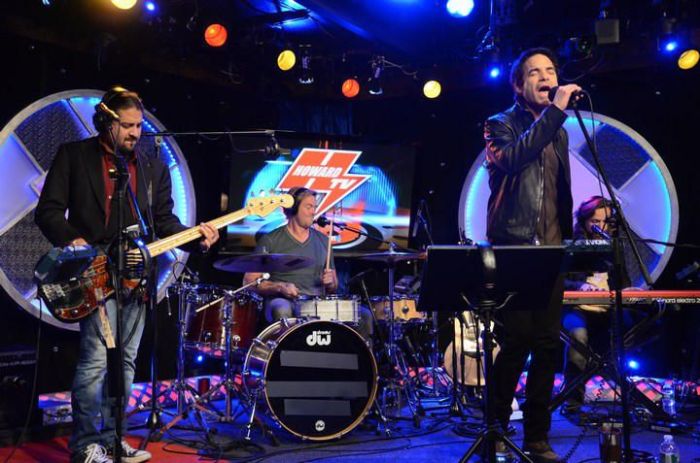 Pat Monahan and the guys from Train stopped by to perform in-studio and discuss their late-career success. The lead singer said their recent string of hits sold well, but probably not as well as it might have before the internet “I would have a jet,” he teased before discussing the band’s lasting relationship. “We used to be a family where you don’t really like your family. But now we’re, like, friends.”

Drummer Scott Underwood jokingly noted that everything went well if the rest of the band remembered to treat Pat like God. “He’s writing all the hit songs. He bought me a house. He got me a hot little girlfriend,” he noted.

Jimmy laughed that they did defer to Pat, but he’s not the boss: “Pat’s a really fair guy,” guitarist Jimmy Stafford added on a serious note. “It’s not like he has a bunch of rules we have to play by.”

The band then powered through a set including their latest hit, “Drive By,” their classic “Calling All Angels,” and covers of Van Halen’s “Dance the Night Away” and theGuess Who’s “These Eyes.”