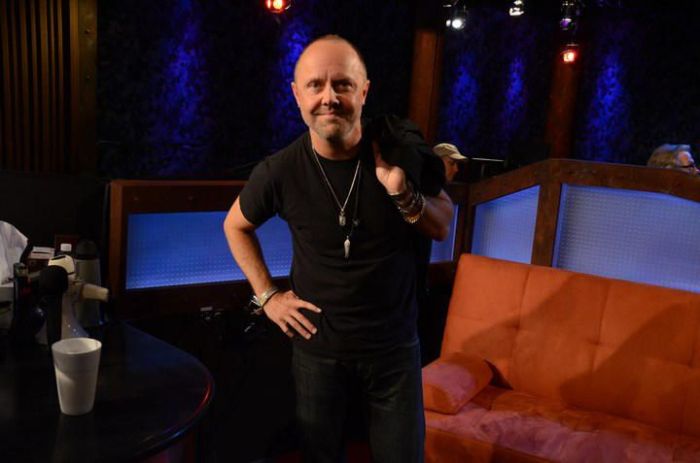 “I started crying. It got me. I loved it—no bullshit!” Howard said.

Lars laughed and revealed Howard wasn’t the only one. “You should have seen grown men cry out in the studio when we were recording it,” he said. “I’m telling you, I’ve been with James Hetfield and Kirk Hammett for close to 20 years and I’ve never seen them cry before. It was amazing. It was truly moving.”

Before hanging up, Lars announced they had added “that drummer guy’s” band to the lineup of their Orion Music + More festival.

Howard laughed and said he must have been talking about Stern Show staffer and Charred Walls of the Damned drummer Richard Christy, who quickly ran into the studio claiming this was the first he had heard of his band’s gig alongside Metallica.

Lars was sympathetic. “The drummer’s always the last guy to hear,” he said.