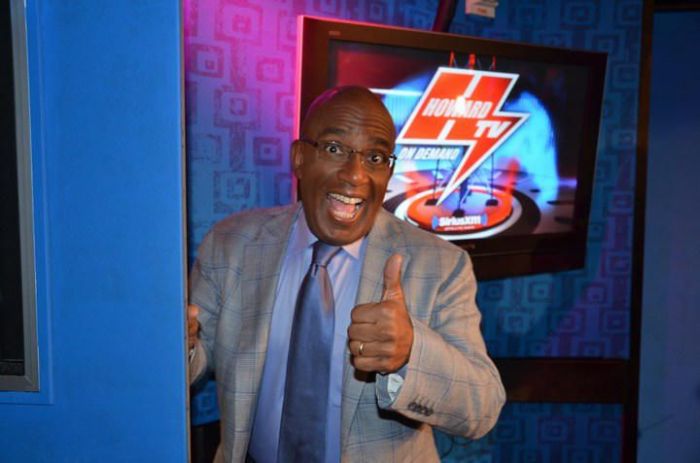 Early in the show, Al Roker stopped by to promote his TV production company’s latest effort, “Big Easy Justice,” a partnership with Jennifer Lopez: “Somebody from her company saw this guy, ‘Tat-2’ Gene, on local TV.” Like Dog, Tat-2 is a bounty hunter, but “cleaner”–still, due to language, the show will air after midnight on Spike: “It’s kind of a late-night show. It’s a little gritty.” Howard remembered his own production company: “Everything I ever pitched got sold. How do you like that? I never had a bad pitch. The problem is it was taking up every minute of my life.” Al didn’t doubt it, telling Howard that NBC was glad to have him as an “AGT” judge: “You are coming to save our network. … I want us to ride the back of Howard Stern. I want to exploit you as much as possible.”

Presented with an F, Marry, Kill scenario of all his “Today Show” co-hosts, Al chose to kill Deborah Norville (“She was there the least amount of time.”) and marry Meredith Vieira, as she had an easy-going attitude. Al said he’d F Katie Couric–though any of women would do: “All of them. They’re all attractive women.” You still got a shot, Hoda!

To Be a Top Talker, Be Howard