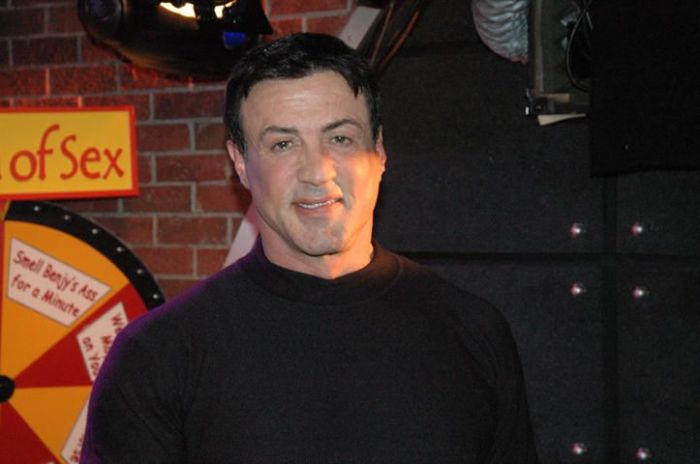 Jean-Claude Van Damme called in from Brussels to promote his role in Sylvester Stalone’s “The Expendables 2,” noting that he only lived in Belgium part-time, as it can’t promise the conveniences of Southeast Asia: “I live in Hong Kong right now and I have a place here where I have land. … Hong Kong has that 24-7 type of life [in] which you can go at 3 in the morning to massage, for example.” Unsure if he meant “to [get a] massage” or “to massage [others]”, Howard referenced Jean-Claude’s past as a masseur: “I imagine a gay dude would come in and see Jean-Claude and say, ‘Hey look, man, you know, rub my glutes and stick your finger up my ass’ or something.” Jean-Claude denied that it ever happened with a man (“You’re a funny guy!”) but wasn’t so sure it hadn’t happened with some of his female customers: “If it happened I don’t really remember, to be honest with you.”

Asked about his drug-fueled, raging past, Jean-Claude said he’d been addicted to coke: “I did touch the drugs and things like that and no good. Boo-boo.” But his infamous feud with Steven Seagal stemmed from a public slight: “It all started on the Jay Leno show, years ago, when Jay said, ‘Do you know Van Damme?’ And [Steven] said, ‘He doesn’t know martial arts.'” Jean claimed he was drunk when he fought Chuck Zito at Scores (“I didn’t remember who my grandmother was at the time.”) but scoffed when Howard said Chuck had knocked him out: “Knocked me out? Ok, well, you know, they have UFC cage. We can always see that in the cage. … If they can organize a fight you know. Water against water. Not water against alcohol.” Before hanging up, Jean-Claude said they’d fight as friends: “He’s a nice guy. Say hello for me.”