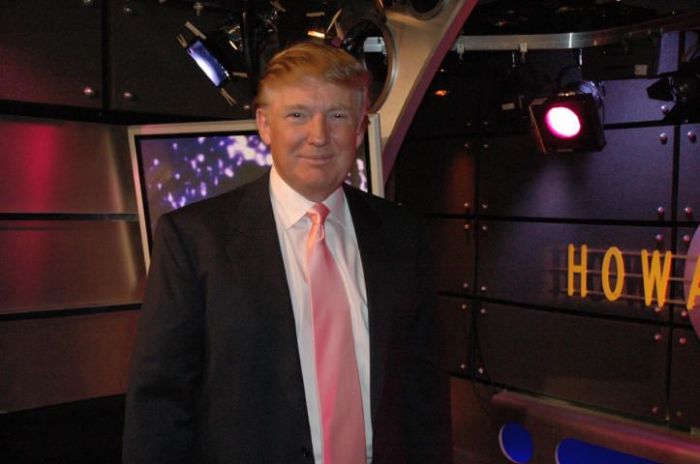 George said he and The Donald were planning to have lunch soon, as George wants to change Trump’s mind about gay marriage: He’s an influential person. He affects the thinking of a lot of people. I think he’s an open-minded, fair-minded person. And he’s certainly a savvy businessman who knows what’s happening in New York and the country and what’s happening with young people. Robin thought George might be more likely to reverse position than Donald. Howard wondered why Donald didn’t support gay rights (Why doesn’t everyone respect everybody’s faith? What if your faith is dumb?) and doubted he’d show for his lunch with George anyway.