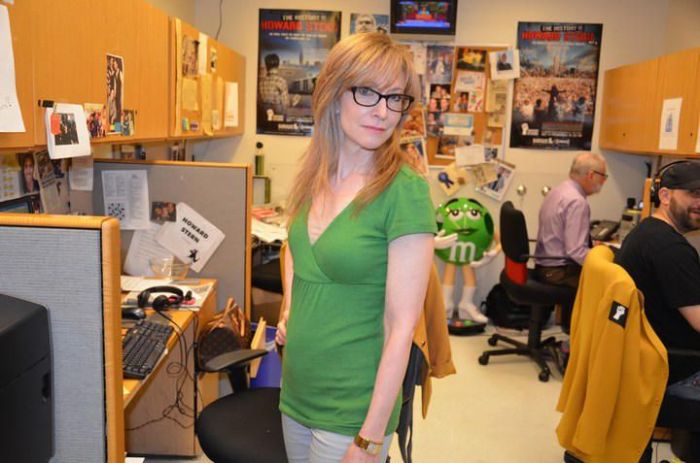 Late in the show, Howard repeated the difference between Ronnie’s Block Party comedy shows and Lisa G’s Sweet & Greet event: the presence of HowardTV cameras, tape recorders, and photographers. As such, The Block Party re-pays the show with clips, stories, and other material: “If you want to promote your Sweet & Greet or whatever you’re up to, don’t tell me the quid pro quo isn’t there, where you’re [not] going to provide entertainment for us. … Don’t use my fans.” Howard refused to allow profit without his cut: “If you’re going to use my audience to show up for stuff, then you got to play ball. That’s it. … That’s my ruling.” Gary said Lisa had called every Sweet & Greet ticket buyer and got all but one to agree to the HowardTV cameras. Robin proposed a single-ticket refund, but Doug Goodstein didn’t hold out hope–Lisa often rebuffs the HowardTV cameras: “She [has] refused to be interviewed without payment.”