Radio personality says he needs the money to pay for sex, among other things 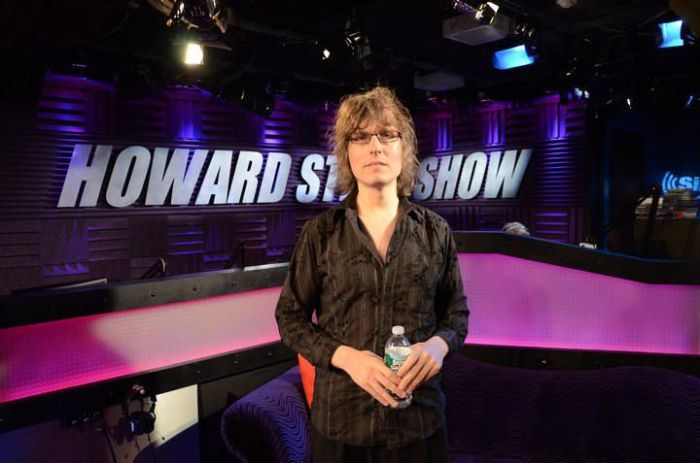 John the Stutterer stopped by to reconnect with the crew, saying he quit his Howard101 show after hearing that Ralph was paid more to host “GeekTime.”

John let Howard off the hook (“If you say you don’t have control over it, I suppose I believe you.”), blaming Tim “Cheap Motherf***er” Sabean instead: “Ralph gets special, preferential treatment. … Ralph should not be getting paid more than Jackie, Riley, [or] the people on ‘The Intern Show.'”

Still, John wished he had some extra income: “I can’t get a woman without paying for it.” But feared the consequences: “It induced so much anger in me that there were times, at the end of the show, I felt as though–I felt as though I was going to have a stroke.”

As such, John’s physician (“f***ing hot”, by the way) has prescribed a strict radio diet: “She advised me to avoid stressful situations.”