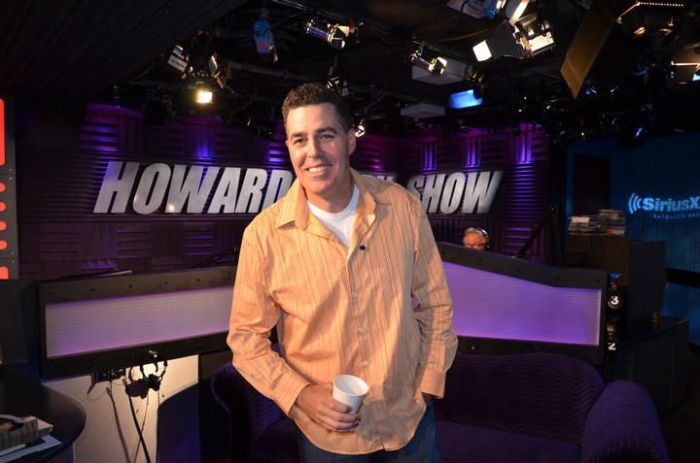 Adam Carolla stopped by to promote his new book, ‘Not Taco Bell Material,’ and complained about Sirius XM’s 80s music channel: “It’s such a piece of shit. If I hear ‘Union of the Snake’ by Duran Duran on this station one more time…they’re playing music from an Adam Sandler movie. They’re trying to please retarded people who’ve had their brains picked out by pigeons.” Fred then cued up ‘Union of the Snake’ as Adam fumed: “It’s the gayest, most dated pile of shit ever.”

The Occupy Movement is About Depression

Howard noted that Adam had gotten a lot of attention for a recent rant against the Occupy movement, so Adam shrugged: “I’m imagining 3 or 4 people who have real, legitimate gripes about the government and about congress and about how it works and insider trading–and about 200 hippies trying to get laid.” Adam later added that his own mother was one of those hippies: “I believe most of that hippie movement was about depression…they were medicating. They’re self-medicating. It was about depression. It was about, ‘Man, I don’t want to cut my hair. I don’t want to get up every morning and put on a suit and tie.'”

Asked about the time he dated a stripper, Adam said their schedules rarely lined up–and when they did, there were consequences: “Physically they’re in fantastic shape but there’s a lot of issues with Daddy. That’s why they’re strippers. … It’s like somebody saying ‘Would you like Belgian waffles with whipped cream on it every morning for breakfast?’ And you’re like 25 and you say ‘F’ yeah.'”