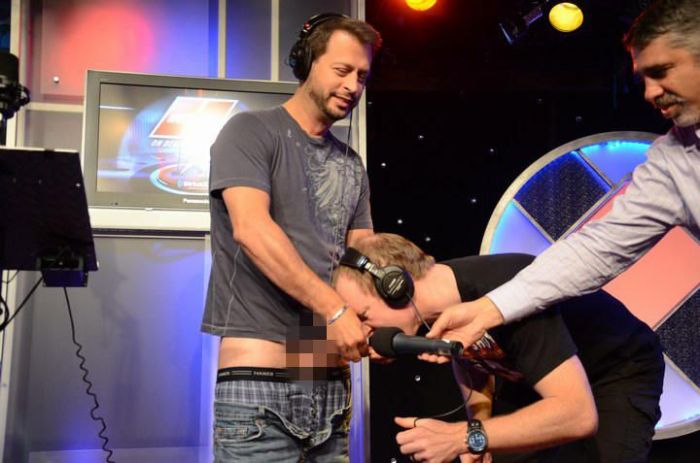 After listening to one of Sal & Richard’s prank calls to an Internet radio show dedicated to yeast infections, Gary piped in that Sal sometimes gets yeast in his uncircumcised “pouch.” Richard came in to confirm: “His cock stinks sometimes. When we pee together sometimes, I can smell his cock.” Sal said it usually wasn’t a problem, but “if I don’t shower for three days, you could get terrorists to speak from the smell of it. It’s horrible.” Richard then volunteered to check Sal’s yeast levels on the spot, taking a knee as Sal unzipped: “I’m going to smell his cock but if he shoves it in my face, I’m going to bite it.” Several whiffs later, Richard reported no aroma: “Smells fine. It’s good…clean as a whistle.”