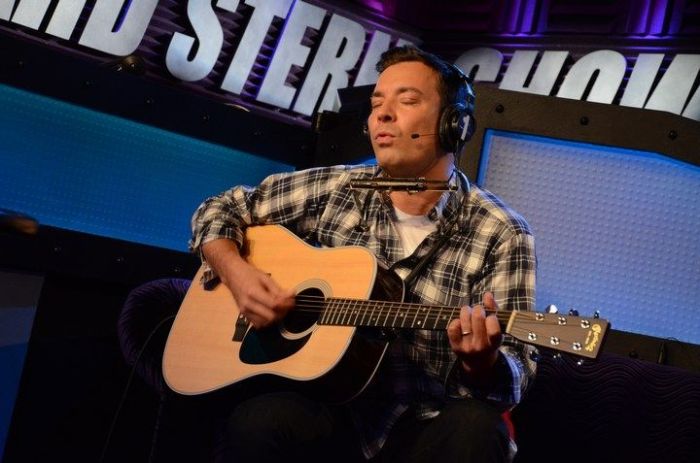 At Howard’s request, Jimmy-as-Neil Young sang a nasal, plaintive cover of “The Fresh Prince of Bel-Air” theme and then switched to a higher harmonica register and a more aspirated voice, singing the “Charles In Charge” theme as Bob Dylan. Jimmy said he’d actually met Neil since impersonating the rock star in his “Pants on the Ground” viral video. Neil, in a shy aside, had told him that the comedy song was his “biggest hit in 25 years.”