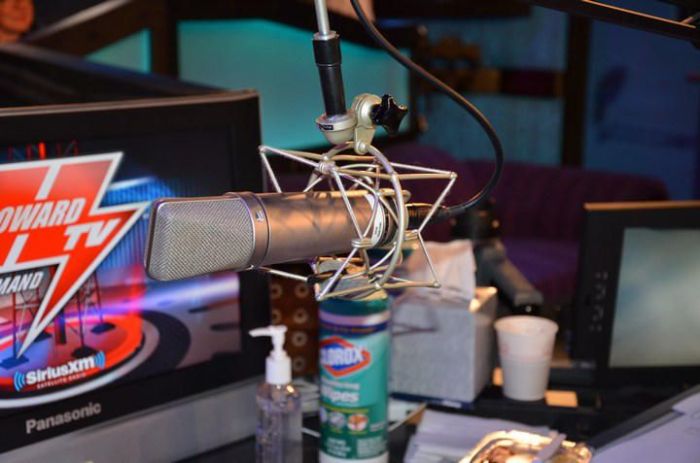 As the show opened this morning, Howard complained that Scott the Engineer had replaced his microphone with a brand new one that featured a large cage around it to isolate the mic from the stand. However, Howard feared that the cage was too large: “I’m going to put my eye out on that thing.”