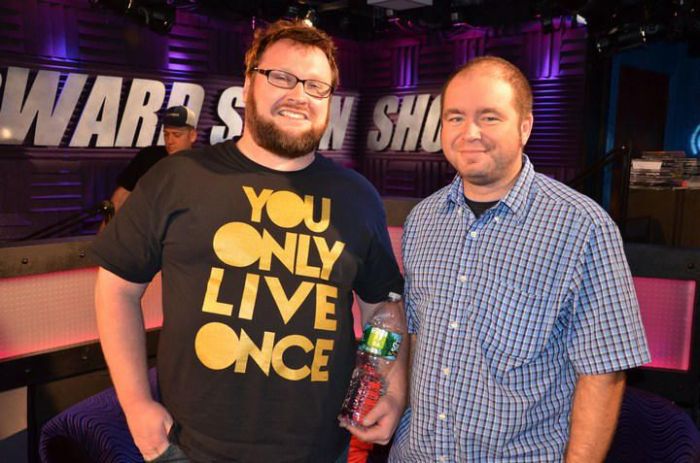 To celebrate Robin’s return to Studio 69, Howard welcomed two of the show’s most prolific Robin parody songwriters, Eli Braden and Little Mikey–and wished they weren’t so hideous: “Wouldn’t it be great if you guys were really hot studs? Robin would be like, ‘Holy shit!’ She’d have a whole different feeling about your songs.” It was obvious which was Little Mikey, as Eli’s “grotesque” size was almost immeasurable: “When you’re this heavy, would you get on a scale?” Eli said he’d actually had previous success in the music industry–he used to sing for a band called The Beggars that signed with Island Records: “I made more money when I was 20 years old than I have any year since.” Little Mikey, in turn, said he had a (distantly) related gig: “I just got a job at a Christian radio station.” The pair then sang a new duet, “Yankin’ On Our Meats” to the tune of “Taking It to the Streets.” Howard wished them both well–and out of his sight: “They’re exactly what you’d picture.”

Joe Eszterhas: Mel and Back