The Hunt For the Bathroom Bandit

JD Fesses Up — But Not to the Mess

The Poopgate Timeline: Who Accessed the Bathroom and When? 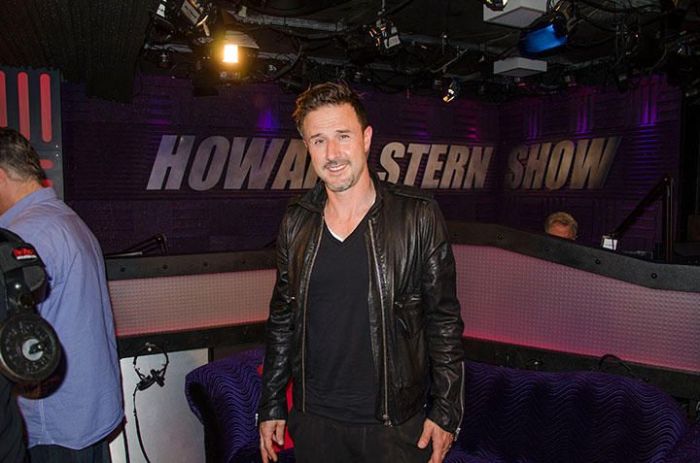 David Arquette stopped by to catch up with Howard, denying reports that he was worth $50 million–a number he claimed he only aspired to: “I got a whole plan but it’s not nearly that much money. Just to have enough that it pays enough to cover my nut.” He explained that his business manager helsp him stay on track: “It’s understood that I’m not supposed to spend a certain amount of money.”

David said he’d recently severed his relationship with Jeff Beecher and had opened his own club, Bootsy Bellows, named after his mother’s old burlesque stage name. Still, he’s maintained sobriety, drinking “a lot of Red Bull. I drink it out of a can so nobody has a [reason to] talk shit. Everyone always thinks I’m wasted, though.” HowardTV brought up some pictures of Bootsy during her stripping days as David pointed proudly: “That’s my mom!” Howard was blown away: “What a set of tits on her! That’s before implants, right? Look at the jugs on your mom. Nice nips. God, your mother was so hot. Did you feed off those bags?” David laughed: “I was the last. By the time I came around, she was [older].”

An Update on David’s Love Life

Asked about the brief split with his girlfriend, ‘Entertainment Tonight’ reporter Christina McLarty, David announced that they’ve since reconciled: “I’m not exactly sure why she broke up with me. I mean, it was distance—there were a lot of complications.” David denied that Courteney Cox was one such complication: “We have an amazing friendship. I love her with all my heart. She’s a sweetheart. I love my girlfriend with all my heart too. … Someone has to understand that. They can’t be with me if they don’t understand that.” David said he’d seen Courteney just a few days ago: “I see her all the time. We have a child together! There are no rules about it. You can handle it any way you want. We have moments of conflict, but they’re not really [serious]–we know how to talk. “