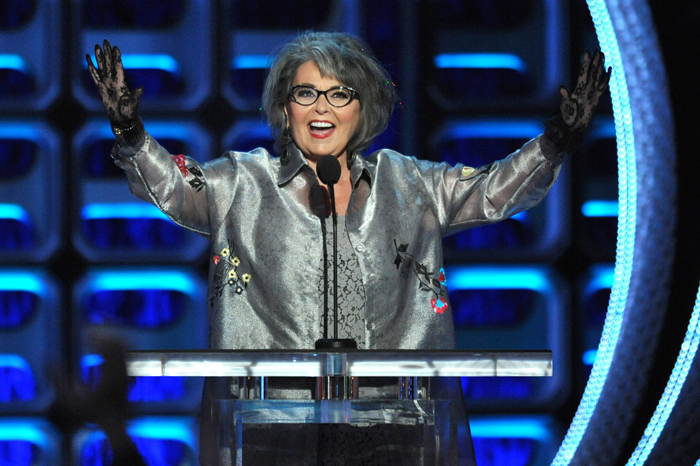 Roseanne Barr called in to promote her upcoming Comedy Central Roast, saying the jokes were brutal but side-splitting.

“It took about three hours to film it, you know, but when it was up and running there were some damn good jokes, man,” Roseanne told Howard. “It’s good to laugh at yourself. It’s kind of a test to see how sound you are mentally and spiritually and everything else. Like a warrior thing. And I knew I could do it.”

Asked if she’d had any ground-rules, Roseanne said she’d asked the network and comedians to abide just two. Number 1: “Don’t talk about women’s body parts and their smell.” Number 2: “No shit jokes.” Everything else was fair game. “The whole reason you have a comedy channel and a comedy roast and [invite] that level of comics is to push the envelope and try to go over the line,” she said.

Howard noted that Roseanne’s ex-husband, Tom Arnold, was among the roasters. “Was there a part of you that still loved him?” Howard asked which got a laugh from Roseanne.

“I thought his head was huge. I couldn’t believe how huge his head got,” she said of seeing Tom for the first time in a long time. Having Tom on the dais was a no-brainer to everyone, including Roseanne. “Everyone wants to see that and my thing is, I want to entertain the audience,” she told Howard. “I don’t have any emotional investment in it whatsoever.”