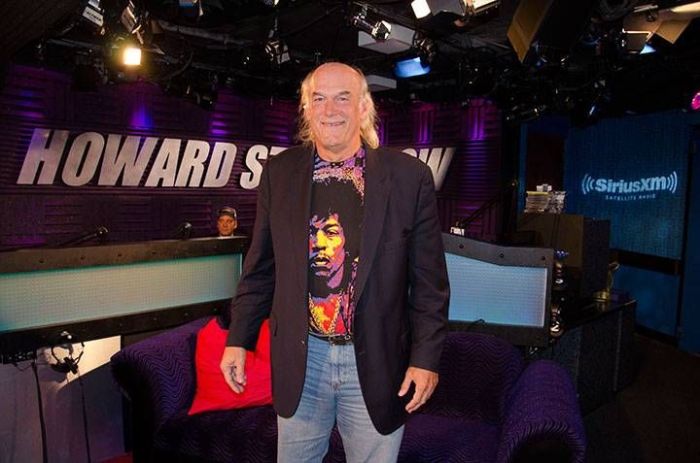 Former Minnesota Governor Jesse ‘The Body’ Ventura stopped by to promote his most recent book, ‘DemoCRIPS & RepuBLOODicans: No More Gangs in Government’, saying he supported the (fellow) Navy Seal that spoke about shooting bin Laden on ’60 Minutes’: “In fact, I would prefer to hear from him. I would rather hear from boots on the ground than bureaucrats in Washington.” Jesse underlined the point of his book (“I feel like I have a right to know what the government is doing with my money.”), adding that he was against the war “racket”: “[In] every war since I’ve been alive, I do not believe America was threatened. … There are small little pockets of troublemakers. You don’t solve that by invading countries and occupying them.”

Coming to a Ballot Booth Near You

Asked how he’d change things, “President” Jesse jumped, hoping Howard would be his running mate: “I would cut all foreign aid…and I would shut our embassies down and come home.” Until then, Jesse will be voting for Libertarian candidate Gary Johnson: “Wasting your vote is voting for a Democrat or Republican because it doesn’t matter with them. No matter who wins, you’re going to get the same government. They both been bought by the corporations.”