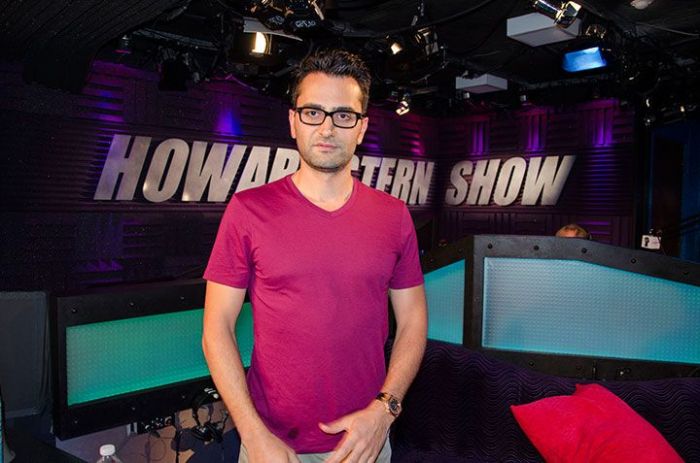 Professional poker player Antonio ‘The Magician’ Esfandiari stopped by to discuss his $18 million win at the One Drop tournament, the biggest cash prize in poker history: “It doesn’t necessarily mean I’m the most successful poker player. Technically it was one of the easiest tournaments to win because there were only 48 players. Half of the field were the best players in the world. The other half were businessmen who had the wealth to pony up a million.” Antonio said most of the professional players “sold action”, meaning they had investors help them with the $1 million buy-in. Investors usually take home a percentage of the winnings based on how much they put in–as for his own buy-in, Antonio threw down as much as he could: “I put up a decent amount. … I had a nice payday.”

What Separates a Pro From an Amateur

Asked for his secret, Antonio shrugged that it was also a weakness: “Everyone has a tell. You have a tell. [And] of course, I have a tell.” It’s not easy to spot: “It’s an overall comfort factor. … How comfortable does my opponent look? Ultimately he wants me to either fold or call.” But a skillful Spidey sense can take you far: “In the long run, it’s 100% skill and zero luck. But on any given day that you go play, it’s 55% luck and 45% skill.” Antonio said there were benefits to dominating a male-dominated sport–and living in Vegas: “Women are not necessarily fans of poker players but they have friends who are guys who love poker. So when you go out, it’s not a girl that ever recognizes you–it’s their guy friends. Like, ‘Do you know who that is?'” The what-happens in Vegas stays in Vegas mantra works from there.