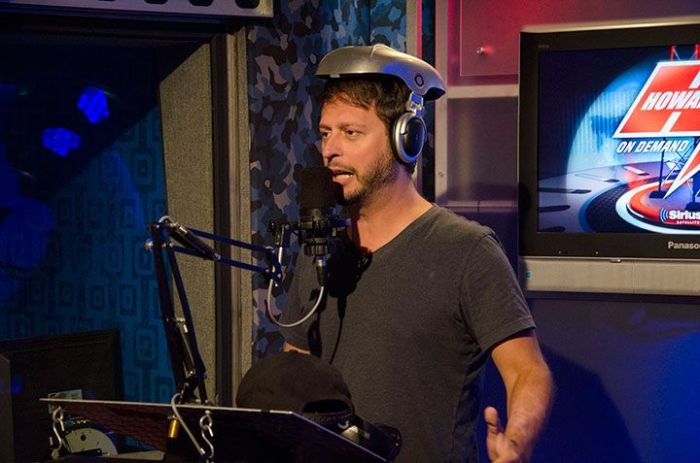 Howard100 News anchor Jon Leiberman reported that Sal had begun using the iGrow hair system, which directs 51 light sources (including 21 diodes and 30 LEDs) at his skull: “In hopes of growing them. … It’s a low-level light therapy. It’s hands-free. So you strap on this helmet…” Which Gary brought in–Howard laughed: “It’s a bicycle helmet! … This guy’s retarded. He’ll do anything to himself.” Sal came in to show everyone how it works: “I’ve done some research. … It looks like a cool contraption, so I’m giving it a shot.” Sal said he wears it for 1 to 2 hours every night: “I fall asleep with it [on] and you know what? I can’t hear my wife with this thing on. So it’s pretty good. It’s fantastic.” Jon said iGrow promises results in 6 months, leading Robin to laugh: “So they’re out of town by the time you come to your senses?”