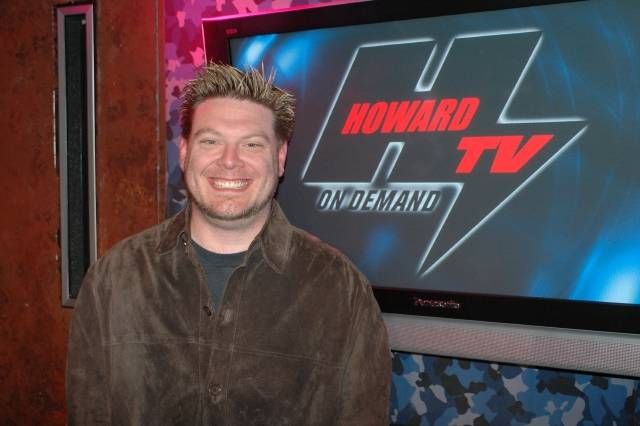 Early in the show, Christopher ‘Kidd Chris’ Foley called in to report that he’d lost yet another radio job, this time at Atlanta’s WKLS. Luckily, he hasn’t been fired–Clear Channel is moving him to WEBN in Cincinnati. Howard estimated that he and Chris had been pals since 2003: “[But] when I made friends with people in this business, I was hoping for more successful friends.” Howard hoped for the best: “Getting to know Chris has really been very joyous in my life. I like Chris a lot. He’s a good dude and we talk radio and we have a lot of fun talking about it.” Robin asked if Chris had told his family, so Chris laughed that his wife, a radio veteran herself, was prepared for anything: “She kind of knows. I met her in San Antonio. She’s a sales chick.” Howard nodded, laughing: “She’s not a civilian.”